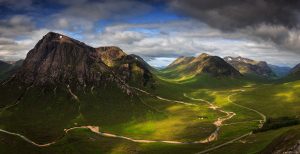 For those of us here at McDonaldHistory.com and for thousands spread throughout the U.S. and Canada, everything begins with John McDonald. Despite the fact that John is our immigrate fore-father, we know very little about his origin’s. He simply appears in Rhode Island one day in 1731. This website and our research are in honor of his legacy.

John McDonald was more than likely born in Scotland. We estimate that he was born sometime between 1705-1710.

We speculate that John was probably the eldest or only son. If true, this would also make him the namesake of his father. We also believe that John did not learn the art of tailoring in the colonies, but immigrated already possessing the trade. This coupled with the fact that John passed down the tailoring legacy for several generations leads us to believe it was probably his Scottish family’s occupation as well.

John McDonald’s Emigration to the Colonies:

We estimate that John McDonald emigrated to the colonies 1725-1729. We know that John was not poor because he was able to purchase land upon his marriage to Freelove in 1732.

This also means that he did not emigrate as a Jacobite the majority of which emigrated between 1705-1722. Assuming he was an adult when he emigrated, that puts him arriving in the colonies around 1725 at the earliest.

Since he was married in 1732 and assuming an adequate courtship/engagement period for the time we estimate that he probably didn’t arrive any later than 1730.

John married Freelove Bucklin on 13 Jan 1733. Freelove was from a prominent Quaker family. John was a Presbyterian. John was made an official citizen on 6 May, 1734/35. John and Freelove lived in Johnston Rhode Island.

It is unclear precisely how many children John and Freelove had. We know for certain they had two: Barack and Sarah.

We feel with a high level of certainty that they had two more: John and Peggy.

There is a slight possibility there were two more daughters named Alice and Mary. However, up to this point we have been unable to definitively prove this connection.

The French and Indian Wars:

The French and Indian Wars comprised four installments and ultimately led to the Revolutionary War. John McDonald fought in the third installment. commonly referred to as King George’s war. Interestingly, he did not fight as a British soldier, but as a militia member.

Tradition asserts that John McDonald’s militia was the first to register and be deployed. It is unclear as to why John was so eager to sign up.

Louisbourg was a newly created burgeoning community that the French built. The community was built with a seemingly impenetrable fort at the water’s edge. Worried that the French would put a stranglehold on the fishing industry, the colonies (particularly Massachusetts Governor William Shirley) decided to siege the fort. This was also a reflection of the ongoing conflicts occurring in Europe between Britain and France.

John McDonald was a part of the first wave of militia that successfully sieged the fort in July of 1744/45. However, after successfully sieging the fort they were left to their own demise as the governor not only failed to bring them back home, but also failed to resupply them. This fact coupled with an exceptionally cold winter and food blight resulted in many of the colonists contracting diseases. On 14 November, 1744 John was one of those who succumbed to disease and died.

John McDonald was a Privateer. We have a document that lists him on a privateer ship shortly before his expedition to Louisbourg.

Please feel free to use this website as needed for research. If you have any additional information that can help us in our research please contact us here.